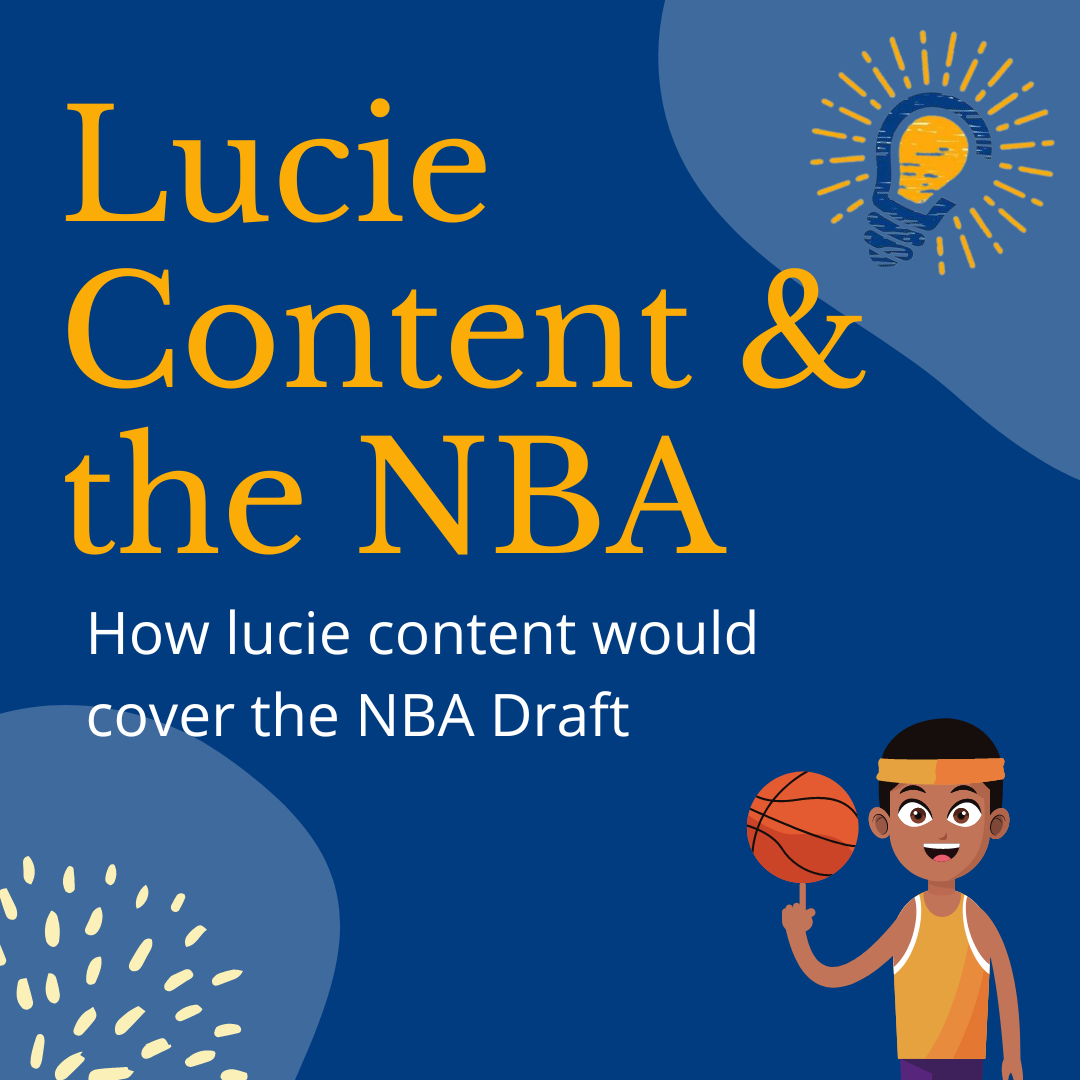 The 2022 NBA draft is here. With names like Chet Holmgren, Paolo Banchero, and Jabari Smith highlighting the top of the draft, the team at Lucie Content has big ideas on how to cover an event like this for a client like the NBA.

The NBA draft is already a content-rich event, but Lucie Content offers a different approach. Our ability to find stories, turn content quickly, and produce work that could be used for years to come would be an invaluable asset. If we were covering the draft, here are a few ways we would differentiate the current content and focus on storytelling.

The NBA does a great job getting player interviews, expert takes, and footage of the live event. But what about the people that make the show happen? Covering the people behind the scenes would help to humanize the NBA as an organization. Profiling the people that plan the events, build the stage, and guide the players to make the draft a success could make for great recruiting content, internal hype reels, and display advertising during conferences. Lucie Content creates employee and executive profile videos for many of our clients. Videos that are then turned into useful tools for business development and talent acquisition.

The stories behind the draft

Everyone covers the draft. Local and national media send reporters, post on social media, and write articles about who is being selected where. Publications are constantly looking for content to post surrounding the draft. One thing we like to say at Lucie is, “If you won’t tell your story, someone will.” Events like the draft are an opportunity for the NBA to be proactive regarding their narrative and that of their future players. Uncovering the stories about the families, trainers, and agents would give the league a plethora of content to share, post, and offer its partners while also bolstering the NBA as a “Players” League.

The NBA draft is a city-wide event. New York comes alive for the stars of tomorrow. Lucie Content is well equipped to cover construction and building efforts. Using time-lapse cameras to film sign construction, stage building, and event preparation. Drones could be implemented to show the effect an event like this has on a city. Drone footage would be used strategically for great B-roll shots. Efforts like these combine to create incredible intro videos, construction updates, and shorts.

What happens after the draft?

Many sports fans look forward to the big day every year. It’s an opportunity for small market fans to land incredible talent for their team, but what happens when it’s over? Once the draft has concluded, teams have to get ready to welcome their new draft picks. Using an extensive network of talent, Lucie could deploy crews to every NBA market to cover introductions, interviews with team executives, and new players. Extending the momentum of the draft through content that can be turned at the speed of local news would keep fans engaged beyond their normal “one and done” June event.

The NBA draft is a great event for many reasons, and the league does an incredible job filming the process and executing one of the most exciting nights of the year for basketball fans around the world. The Lucie difference could play a large role in helping to expand the already incredible production. What stories do you think the Lucie team could uncover as a partner of the NBA?