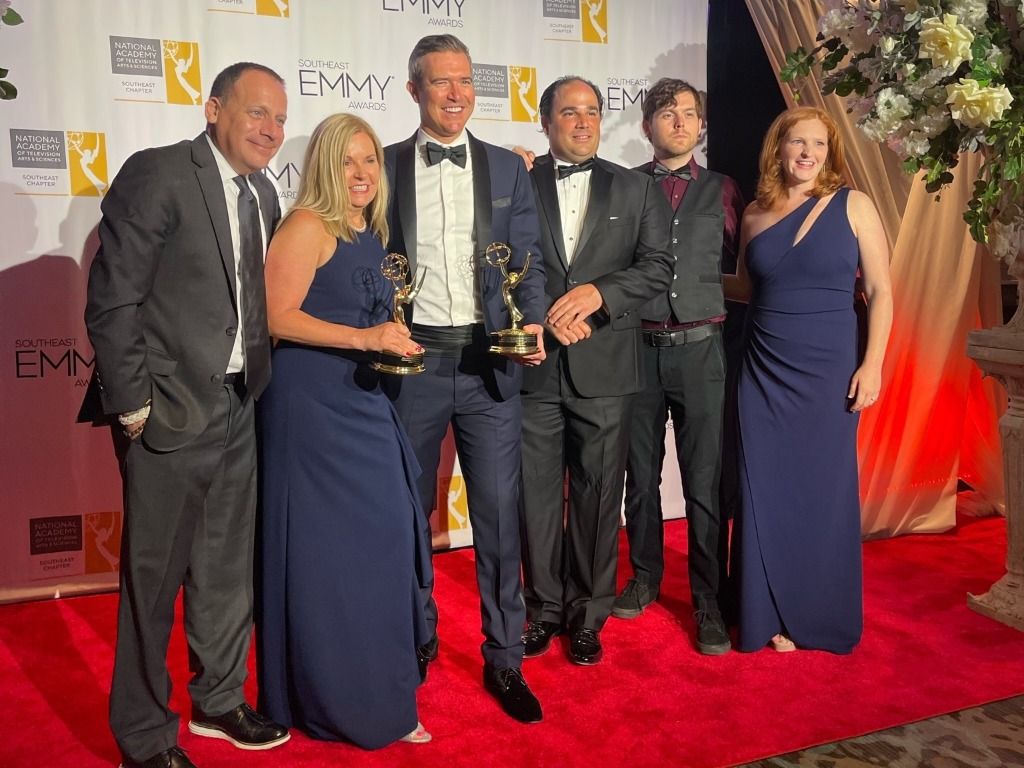 Lucie Content was honored with two awards from the Southeast Chapter of the National Academy of Arts & Sciences.

The Lucie team, led by CEO Craig Lucie and COO George Marshalek, were at the ceremony and received the first award of the night in the category of Arts/Entertainment - Short Form Content.

"I first and foremost want to thank my wife, who from day 1, we had a 6-month-old, I said we're going to create this company and do positive storytelling and find off-the-wall stories, and she believed in it, and here we are," Lucie said in his acceptance speech.

"I also want to thank George Marshalek, who if you've read the book Traction, he's our integrator. He does day-to-day operations. To our team, thank you. You are incredible. To Blaze and Leo, you did a phenomenal job producing this piece. Thank you to the Emmys. It's such an honor to be in this room with all of you. You are all incredible storytellers. Thank you so much."

The winning story told the incredible journey of Jean-Michel Basquiat's Pollo Frito Painting. It once belonged to Fay Gold, an Atlanta art dealer and gallerist. She held onto the painting for 20 years, until an Israeli art dealer offered to purchase it for $750,000. 15 years later, the painting sold at a Sotheby's auction for $25 million.

Craig Lucie, Blaze Coral, and Leo Chavarria all contributed to the story.

The Lucie Content's team next win came in the Health/Medical - Short Form Content category. A Day in the Life of Kevin Enners gives a first-hand glimpse at what a typical day is like for a self-proclaimed adrenaline junkie and crank athlete who was born with cerebral palsy.

"It's an honor that the Kyle Pease Foundation chose our team to tell this story and an honor that the Enners family allowed us to enter their home to tell the story of a day in the life of a challenged athlete in their son Kevin," said Tracey Christensen, who produced the video.

Our client, The Kyle Pease Foundation, focuses on generating awareness of inclusion and raising funds to promote success for persons with disabilities by providing assistance to meet their individual needs through sports.

We were also excited to see our client, Gray Television, honored with the Governors Award. The award honors achievements by individuals, organizations, or companies recognized for outstanding and unique accomplishments beyond the realm of the awards presented in the categories of achievement.

It's an incredible honor to be recognized among phenomenal storytellers, and we can't wait until next year!