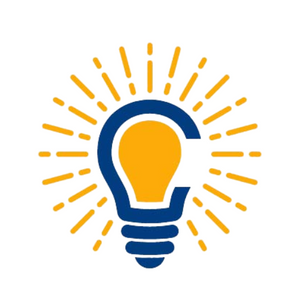 Why Vertical Video is So Important

Until the advent of the smartphone, video production was exclusively in a horizontal format. But now, we're seeing a drastic change in media production and consumption. 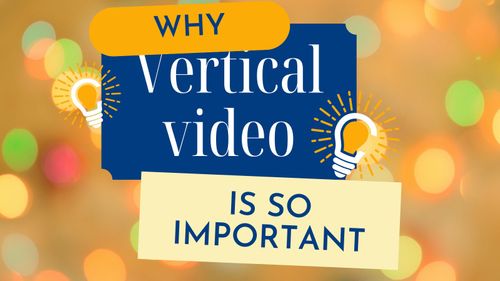 Did you know that upwards of 40% of Gen Z search on TikTok before searching on Google?

TikTok began as musica.ly, a video based social network that allowed users to use their favorite songs to create short form content. It exploded in popularity after its rebranding to TikTok. The social media platform provides a novel format of content creation that inspires everything from humorous jokes to entertaining dances. A key feature of this format is vertical video.

Until the advent of the smartphone, video production was exclusively in a horizontal format. But now, we're seeing a drastic change in media production and consumption.

Vertical Video: From an Annoyance to a Hallmark

You may remember when vertical video was the scourge of the early 2010's internet. Smartphones were in their infancy then, and their camera apps were a key feature. For the first time in history, everyone had a camera with them at all times.

This changed everything and killed an entire industry of point-and-shoot cameras. The ability to film at any time meant people were filming, well, everything.

Rather than film in landscape, some users were filming vertical video. This made it more comfortable for them, but a headache to watch for everyone online. Even in fullscreen mode, a vertical YouTube video leaves large, black bars on both sides of the screen.

It became something of a cultural phenomenon to say, "Don't film in vertical!" You were ruining a perfectly good video just because you didn't want to hold your phone horizontally. For businesses, vertical video came off as unprofessional and out of touch.

Software engineers tried to make it less of an eyesore by creating post-processing effects that would let you turn the black bars into blurry background bars. This was generally accepted, but still not a complete solution.

With the introduction of apps like TikTok, Snapchat, and features like Instagram stories, vertical video began to emerge, not only as the popular way of capturing content, but the preferred way of consuming it.

Following this realization by the predominant channels, features like Instagram Reels and YouTube Shorts started to pop up. YouTube is the second largest search engine in the world. Convincing industry leaders to add to their formats by filling a smart phone screens with vertical content is a major move for the future of content consumption.

The result is that everyone spends more time on their smartphones than on other devices. If their smartphone can do it all, they have less and less reason to use a desktop.

To anyone who does digital marketing, this means the mobile market is the market. If you're not working with mobile platforms, you're ignoring a huge customer base and profit potential.

Let's discuss some of the reasons why this is the case.

Smartphones may have caused the initial vertical video problem, but they also provided a solution. Watching a vertical video on a smartphone's vertical screen is engaging and leaves room for few distractions.

Vertical video caters to the ever-growing mobile audience. The explosion in recent years of mobile-friendly websites is a testament to this. As smartphones continue to allow users to do anything and everything, the desktop platform is becoming less and less relevant.

Further, every content creator knows they need users to stick around for as long as possible. If over half of your users are mobile users, you're going to focus on mobile services — like Instagram Reels, TikTok, and YouTube Shorts.

There is one word advertising companies hate more than anything else: ad block.

All it takes is one extension and a user can block ads everywhere they go. These extensions are lightweight and don't do anything other than filter known ad domains. But they've caused a crisis in revenue for every website that relies on ad revenue.

On mobile, however, ad block is a lot more difficult. Users tend not to install extensions on their mobile web browsers. More than that, the mobile app versions of their favorite social media work better.

This makes mobile advertising or targeting mobile an ideal way of segmenting an audience. The possibility of more “real” impressions for an ad should be an obvious advantage to advertising on mobile.

Since mobile devices include cameras and gyroscopes, there's a lot of potential for clever tech demonstrations. Imagine ads that allow you to explore a virtual world, or see the virtual world in augmented reality.

Further, ads can provide links directly to the action an advertiser is looking for. If you see a commercial for Nike, a mobile ad can take you to the checkout page with the item from the commercial in the shopping cart to make a purchase.

Vertical video is a staple of the mobile ecosystem. It's not just here to stay, it provides many benefits for users. From content creators to advertisers to marketers, we can expect the trend of vertical videos to stay for a long time to come.

Creating attractive content isn't easy. You only have a few seconds to hook future customers before you lose their attention forever. The Lucie Content team is ready to help you tell that story, sell that product or share your company's unique culture through vertical or horizontal video. It's time for you to see what the Lucie Experience can do for your brand. 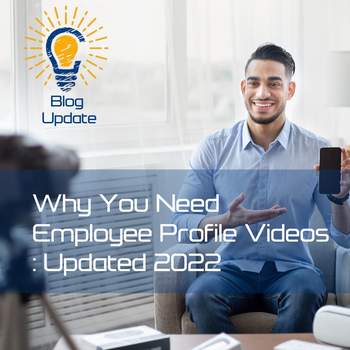 Studies show that users spend 88% more time browsing on websites that have videos. Video marketing is without a doubt one of the most important forms of advertisement for your... 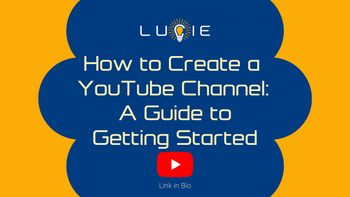 How to Create a YouTube Channel: A Guide to Getting Started

If you are looking for new tools to market your business, YouTube can help. Here is everything you need to know about getting started creating a YouTube channel. 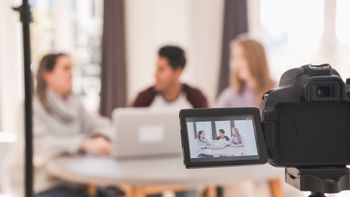 How to Create a Successful Video Marketing Strategy

In a virtual world, it’s hard to create meaningful connections. But no matter how many devices we own or social media channels we use, there should be one central focus for marketing: people.

Through decades of experience, we’ve found that video creates an emotional connection that other... 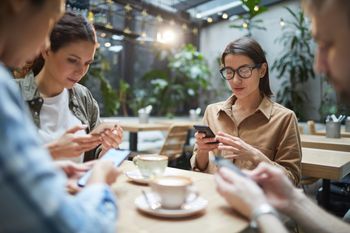 The COVID-19 pandemic only increased the amount of time we spend online. A report by eMarketer found adults in the United States spent nearly eight hours a day...