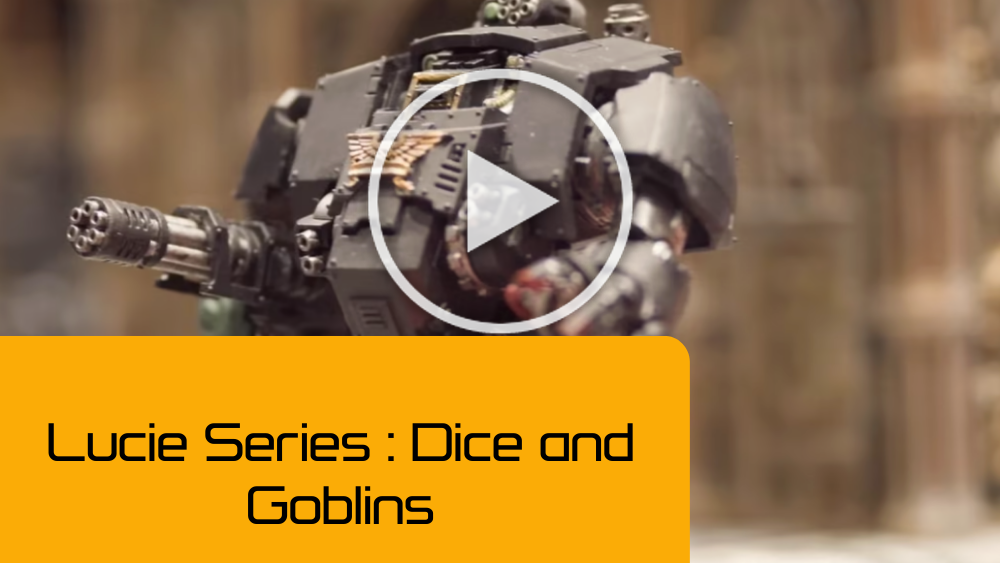 “What we try to do is provide a space for the community to come play, enjoy, have a good time, get together. We host everything—all kinds of tabletop games, board games, miniature games, card games,” explains Dice Goblin Games and Grill co-owner Paul Schmidt.

Dice Goblin Games and Grill opened its doors in 2021 and has quickly changed the way these games—and the players who are passionate about them—come together.

“It’s really a big boon to have a shop like this that has dedicated play areas. So, you don’t have to have a six-foot table at your house and 30 or 40 cubic feet worth of terrain,” explains Stephen Zuckerman.

Intense, immersive, and complex role-playing games, like Dungeons and Dragons and Warhammer 40,000, have been around for decades. But there has been a resurgence of interest in recent years.

“There was a big trend, and always has been, towards more rules-heavy systems. Lately, that’s been backing off in the last ten years or so. Games have been trying to get easier to get into. Rule books are still, on average, 200 to 300 pages long,” Zuckerman told Lucie.

The people who are regulars here believe it also fosters a community around their common interests.

“I play a good amount of video games, and I have for a while, and you do build communities in video games. Don’t get me wrong, but it’s not the same as coming into a store. And that’s one of the reasons tabletop games are so cool. It forces you to play with a real person,” explains Dalton Peters.

And beyond that person-to-person connection, Peters believes these games provide a means for people to express their creativity. Players meticulously build and paint the models and the miniatures on their board—sometimes mashing pieces from different kits together to create something completely unique.

Zuckerman agrees and showed Lucie an example of his own workmanship.

“Instead of guns, he’s got this big ‘ole ax. This is actually a custom model, by me. I had to kit bash it and take parts from several different kits. An ork choppa, a power axe, and a staff banner from an old fantasy kit to give this guy a cleaver rather than a gun,” said Zuckerman.

While the artistry is exceptional, there is no denying the players all love the challenge of each campaign and the thrill of the unknown.

“When you are rolling dice, it’s not just a click of the button. You roll the dice and watch them land, and there’s the whole pageantry of the process,” described Zuckerman.

“It’s not just that person’s excitement. Everyone around the table. The entire atmosphere that’s created. It’s where everybody’s breath is held for that split second when the dice finally rolls and whether you make it or not to survive the ultimate challenge,” said Schmidt.

Zuckerman says these are more than just games. Around each table people are learning lessons they can then apply to every aspect of their lives.

“We play games to relax, to entertain ourselves, but also, to learn and grow. Children’s games are there not just to be fun but also to impart lessons. And that extends to games that everybody plays. Whether it is basic math or probability. Or things like positional strategy. Or further than that how to lose gracefully,” explained Zuckerman.

Dice Goblin Games and Grill and the magic it is sharing with the community is part of our Lucie Series, where we shine a light on all of the good and interesting stories in our community. We are giving away one positive story every month, and we are accepting nominations. If you know of a great story that deserves to be heard, fill out the form here: https://luciecontent.com/contact