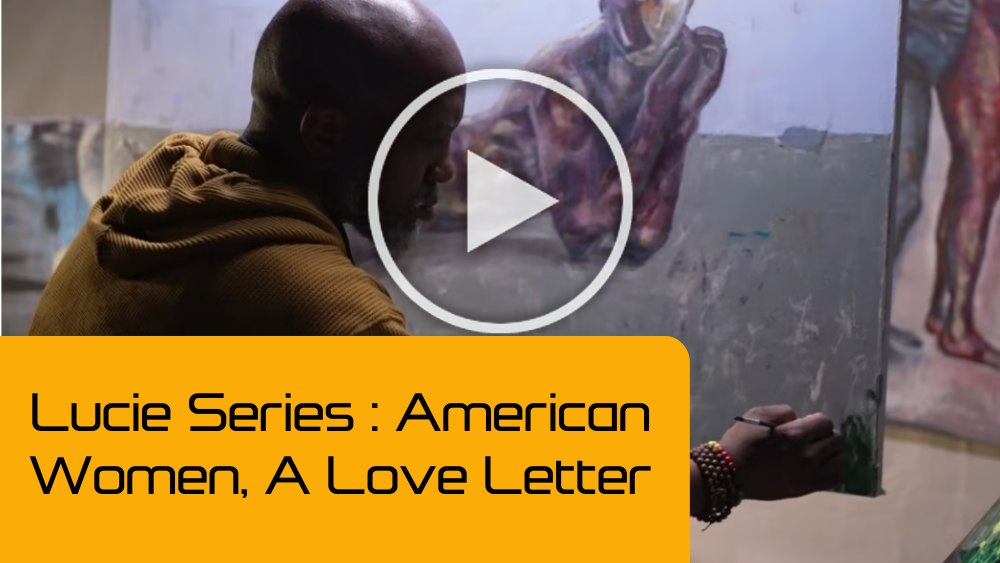 The series began primarily with one piece of work, “The American Woman.” Glover set out to capture the obstacles a woman faces in her life. He explains it was an evolving process and not one he could easily step away from.

John Glover can name the most important person in his life without hesitation.

Glover is a self-taught artist from Augusta, Georgia. His latest series, “Love Letter to the American Woman,” focuses on how he saw his mother when he was a child.

“When I started working on this series, I was thinking of her and how she had to battle through life…just to take care of us. She is such a beautiful person. Such a hardworking person. There’s no work that could be harder for me. I can’t do anything that can outdo her.”

The series began primarily with one piece of work, “The American Woman.” Glover set out to capture the obstacles a woman faces in her life. He explains it was an evolving process and not one he could easily step away from.

“I had it hanging on a wall, and I would just sit there and stare at it. And, it offered me more. It wanted me to take from it and develop more work.”

It was not just the past, his mother’s past, that inspired Glover. His daughter, and her present challenges, have also played a key role in his work.

“I see my daughter working so hard. She go to school. She works a job. And, I’m trying to help her in any kind of way I can because I know where she is going. She’s just like my mother.”

Even though these women have played a huge part in Glover’s work, you will not recognize them in his paintings.

“I don’t put faces on the paintings. I don’t put an actual color of the human being that we know on a painting. I use many colors.”

Glover uses his work to speak about his heritage.

“Since we, African Americans, have been to America, there’s been so many different changes in our identity of who we are.”

Glover believes women have carried the weight of those changes.

“The way I look at this series of work is to say, ‘I see you.’ It is kind of simply saying, ‘I recognize your struggle.’”

You can appreciate his work yourself at a pop-up show in ARTiculate Atlanta on July 29.

Glover’s story is part of our Lucie Series, where we shine a light on all of the good and exciting stories in our community. We give away one positive story every month and accept nominations. If you know of a great story that deserves to be heard, fill out the form here: https://luciecontent.com/contact