One of those paintings is called “Pollo Frito.” It sold for $25 million at a Sotheby’s auction in 2017. Before it was worth millions of dollars, it belonged to an Atlanta art dealer and gallerist, Fay Gold.

Gold had $5,000 to spend in New York City for her 50th birthday in 1982. She initially planned to go to 47th Street and buy a diamond bracelet, but her plans changed. A well-known art dealer and friend told her about a new artist, Jean-Michel Basquiat. Based on the dealer’s advice, Gold decided to check out a Basquiat show instead of going shopping on 47th Street.

“I showed up, and the energy was in the air,” Gold said. “Visually, I was blown away by the marks and gesture, the nude language, the visual impact, the physicality of it. I spoke to a young man who worked at the gallery and I said, ‘What’s the best painting here?’ It was the same one that I loved, a 10 foot diptych, orange and black.”

She asked how much the painting cost, and the man told her $5,200 - almost the exact same amount she planned to spend on the diamond bracelet.

Gold held onto Pollo Frito for 20 years. In 2002, an Israeli art dealer saw the painting in a book about Basquiat. He contacted Gold through a mutual friend and offered to purchase it for $750,000. “My husband said, ‘You’ve got to be kidding me, Fay! That’s a lot of money!’”

Gold sold the painting and bought her husband a new Lexus. She was pleased with her decision, until Pollo Frito changed hands again about 15 years later. This time, the painting sold at a Sotheby’s auction for the price of $25 million.

“It broke my heart that it went for so much money, but that’s life.”

A Japanese billionaire, Yusaku Maezawa, also bought a Basquiat painting at a Sotheby’s auction for $110.5 million. That’s one of the most expensive paintings ever purchased.

As for Gold, she’s happy to be part of the history of the painting, and is still heavily involved in the art industry.

“The art business is very unique, in that there’s no limit. It’s really discretionary. It’s a word of mouth. Sometimes, it’s not even a word of the eye, it’s a word of what people hear.”

Gold’s story is part of our Lucie Series, where we shine a light on all of the good and interesting stories in our community. We are giving away one positive story every month, and we are accepting nominations. If you know of a great story that deserves to be heard, fill out the form here: https://luciecontent.com/contact 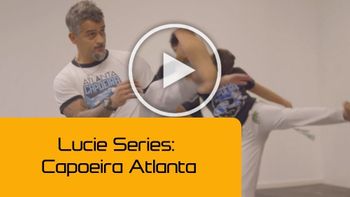 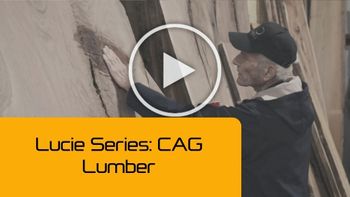 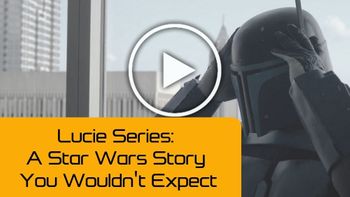 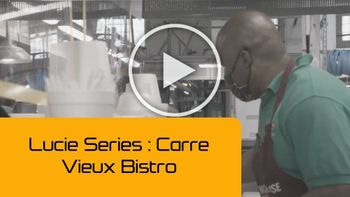 When you walk into the Municipal Market off Edgewood Avenue in Downtown Atlanta, your senses are almost on overload. The area is packed with more than a dozen food options, everything from fresh produce to bakery items to meat and seafood.

Ernest Dents hopes you’re in the mood for...