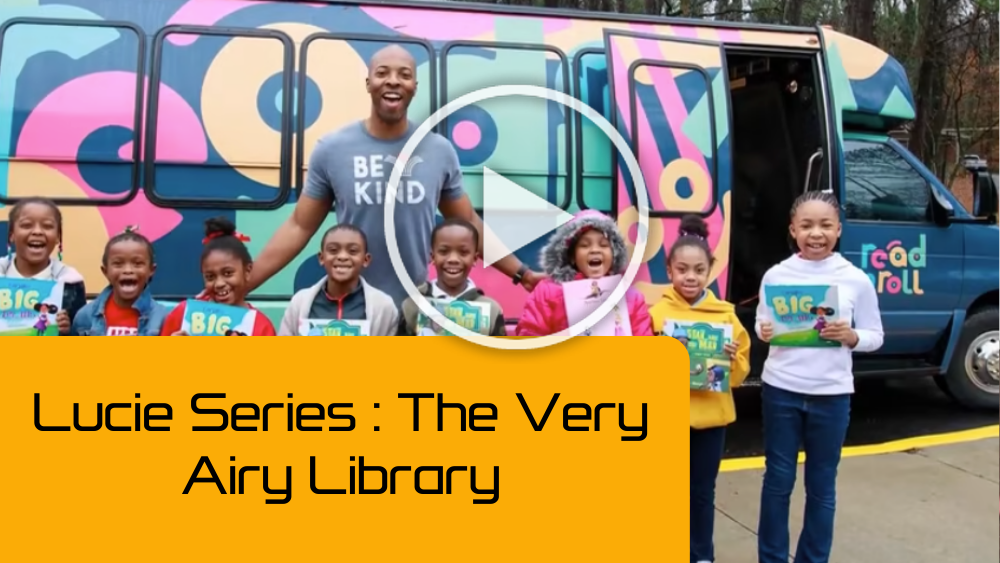 Imagine a library that contains every book ever written. Now, imagine that library is inside a tree—a tree that can fly. This is the world Stan Tucker and twin brothers Matthew and Jared Young have created

Imagine a library that contains every book ever written. Now, imagine that library is inside a tree—a tree that can fly. This is the world Stan Tucker and twin brothers Matthew and Jared Young have created

“The Very Airy Library is all about inspiring storytelling. We want to show the kids the magic of stories,” Stan explained.

Stan is the show’s host. He goes on a journey to find a magical library his father told him about when he was a child.

“When I find it, it is in shambles. I rebuild it, but I want to make it accessible to all. So, I turn it into a flying library,” he told us.

“It’s kind of a tree with balloons on it, and he takes it to kids and interviews them. These particular kids have written books that he’s had professionally illustrated,” Matthew, co-founder of Brothers Young Productions, described.

Stan was a second grade teacher in metro Atlanta. He says a conversation with one of his students would eventually help guide him down this path.

“One afternoon, the book fair came to town, and all the kids were super excited. And, a kid who didn’t have any money came up to me and told me, ‘Mr. Stan, my mom said we don’t have money for books. So, I’m not going to be able to go.’ And, it broke my heart.”

Stan eventually left the classroom, but his heart never left teaching. He started a program called Leap for Literacy with the mission to get books into the hands of kids and to inspire them to write their own stories.

“I learned about the statistics that say that if a kid is not reading on third-grade level, their chances are they’re going to drop out of school or end up in jail. And, I think about it: at third grade, you’re 8 or 9 years old, and you’re already getting set up for potentially failure from what the statistics say. And, I just really knew that I had to do something to inspire kids to read.”

But, like so many other things, the COVID-19 pandemic impacted Stan’s mission. That’s when Brothers Young Productions stepped onto the scene.

Matthew and Jared love working on The Very Airy Library because their creativity is limitless and so is the potential impact the final product could have on the audience.

Tucker could not agree more.

“The next New York Times Best-Selling Author is a kid who got inspired by watching us every week.”

You and your fellow story explorers can watch The Very Airy Library on YouTube.

The Very Airy Library’s story is part of our Lucie Series, where we shine a light on all of the good and interesting stories in our community. We are giving away one positive story every month and we are accepting nominations. If you know of a great story that deserves to be heard, fill out the form here: https://luciecontent.com/contact